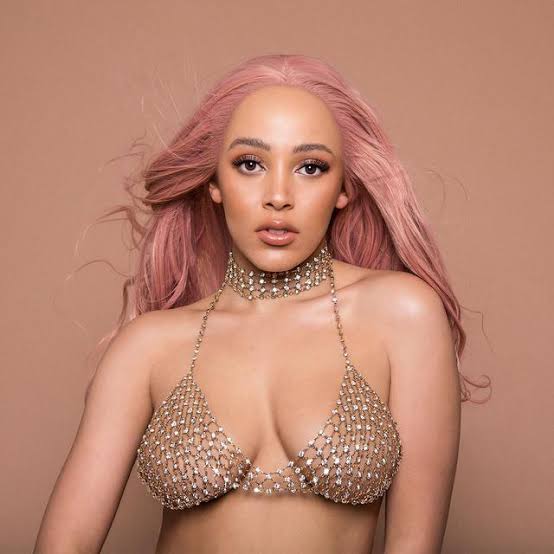 Amala Ratna Zandile Dlamini, known professionally as Doja Cat, is an American rapper, singer, songwriter, and record producer. Born and raised in Los Angeles, she began making and releasing music on SoundCloud as a teenager. Her song “So High” caught the attention of Kemosabe and RCA Records, with which she signed a joint record deal at the age of 17, subsequently releasing her debut EP Purrr! in 2014. After a hiatus from music, Doja Cat released her debut studio album, Amala, and later earned viral success as an internet meme with the single “Mooo!”, which appeared on the deluxe version of her debut album along with singles “Juicy” and “Tia Tamera” in 2019.

Doja Cat’s second studio album, Hot Pink, reached the top 10 of the US Billboard 200 and spawned the single “Say So”, which topped the Billboard Hot 100 chart following the release of a remix featuring Nicki Minaj. In 2020, Doja Cat collaborated with Ariana Grande on their song “Motive”, and later featured on the remix of Grande’s “34+35” alongside Megan Thee Stallion, which became her second song to reach the top ten of the Billboard Hot 100.