So, what’s up with P-Square? Are they really back?

Some interesting events, occurring within a short while, are breeding hope in the hearts of P-Square fans that Peter (Mr. P) and Paul (Rude Boy) might resurrect the legendary band again.

The twins broke up P-Square in 2017 after a bitter feud, with each half of the group doing well since.

However, look at these few points and then you would understand that something is up.

*Peter took the full brood shopping for toys and blings in the US.

*Anita Okoye then thanked him, saying “Christmas in November, thanks to Uncle Peter.”

*He replied: “You are welcome, Anita.” 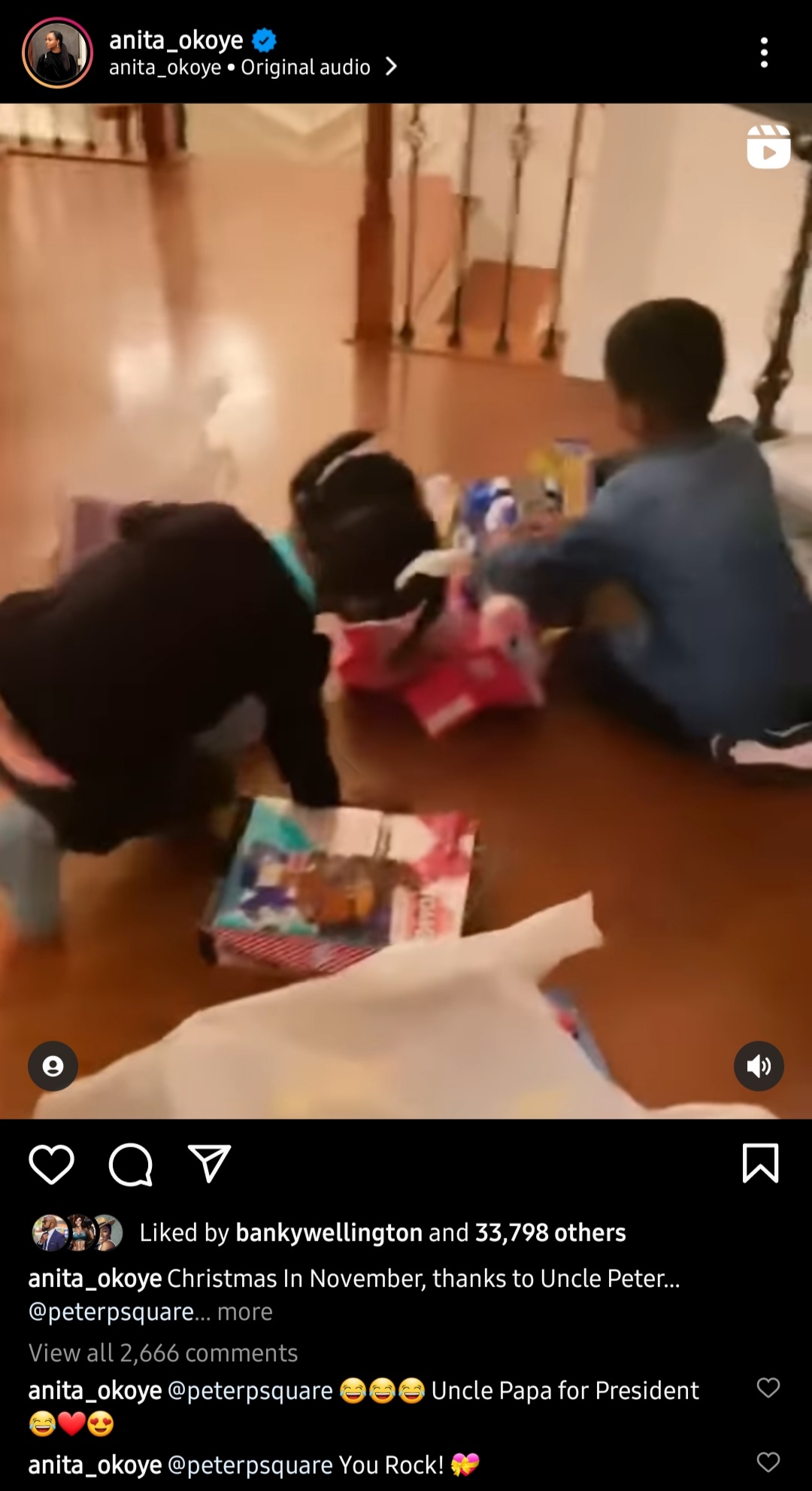 Is Rudeboy and Mr. P following each other on Instagram?

It appears that the famous singing Okoye brothers, Peter and Paul, have decided to put their differences aside as they are back to following each other on Instagram. With this simple gesture, it seems the twin brothers are on the part of reconciliation after they parted ways both as bandmates and business partners years ago.

Is Mr P and Jude following each other on Instagram?

In recent development, Peter has now followed his elder brother and former manager Jude on Instagram. Jude has also followed back. 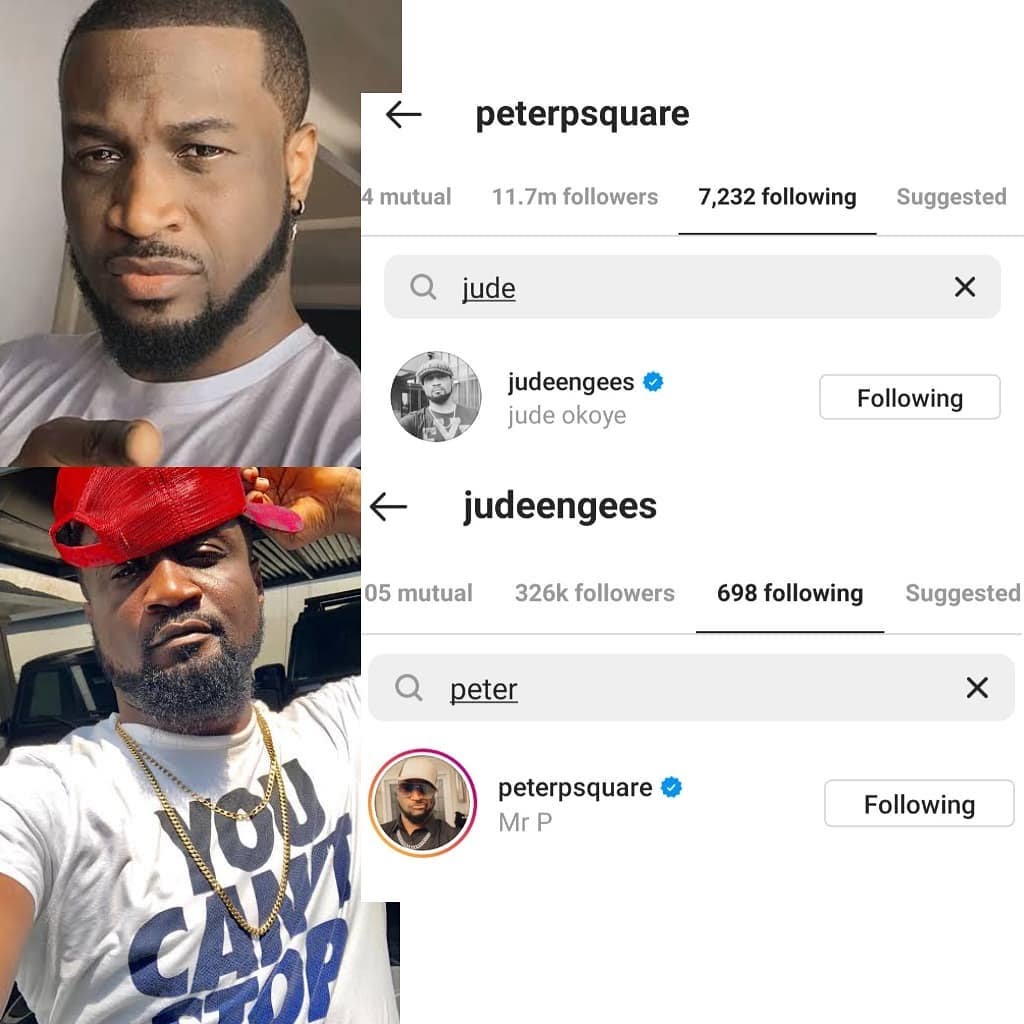 Mr P and Jude Okoye following each other on Instagram

Fans and celebrity colleagues of the music brothers have expressed their happiness for the new developments in their relationship.

Keep checking on this page as more updates are yet to come!