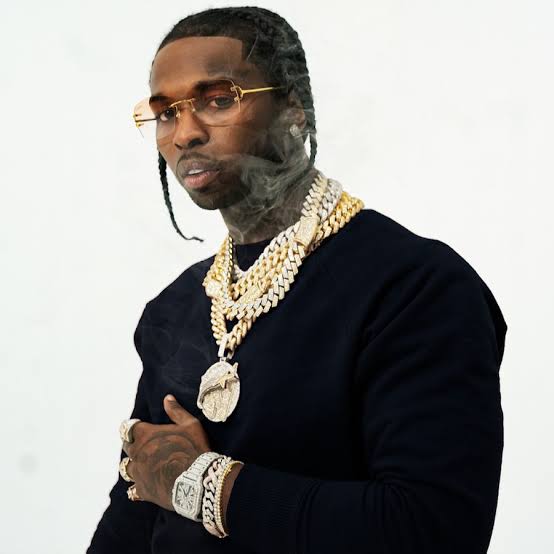 When his life was cut short in the early hours of February 19, 2020, Brooklyn rapper Pop Smoke was, at the age of 20, more famous than he’d ever been, yet nowhere close to where he was likely to end up. He exploded onto the scene in 2019 with “Welcome to the Party,” a song that somehow plays as enticing as it is menacing, exemplifying Brooklyn’s rising drill music scene at its sharpest. His voice across it—gruff and road-worn beyond his age—carries the delivery of a supervillain, daring his adversaries to try and stop the mayhem he has planned for the city.

Pop Smoke was from the far-flung Canarsie neighborhood, and his verses radiate a singular kind of Real Brooklyn energy. (A great deal of his “Welcome to the Party” video takes place in front of the long-standing jerk chicken staple Peppa’s.) His slang (“sturdy,” “dap me up”) was largely New York City-centric, which helped songs like “War,” “Christopher Walking,” and “Dior” reverberate quickly through, and beyond, the five boroughs. Fans worldwide got indoctrinated upon accepting his 2019 debut project’s invitation to Meet the Woo; a sequel, Meet the Woo 2, was released just weeks before his death. Pop Smoke worked well with the stars of his city, nabbing collaborations with Nicki Minaj, Bronx heartthrob A Boogie wit da Hoodie, and fellow ascending voices Lil Tjay and Fivio Foreign. He’d even have no problem setting his own tone on his Travis Scott collaboration “GATTI,” from the JACKBOYS project. Canarsie had Pop Smoke famously calling friends and associates his “woos,” but his enemies mostly went nameless, barely worth mentioning. As fast as things were moving for him, he couldn’t have had a second of spare time to give to anyone who didn’t believe.